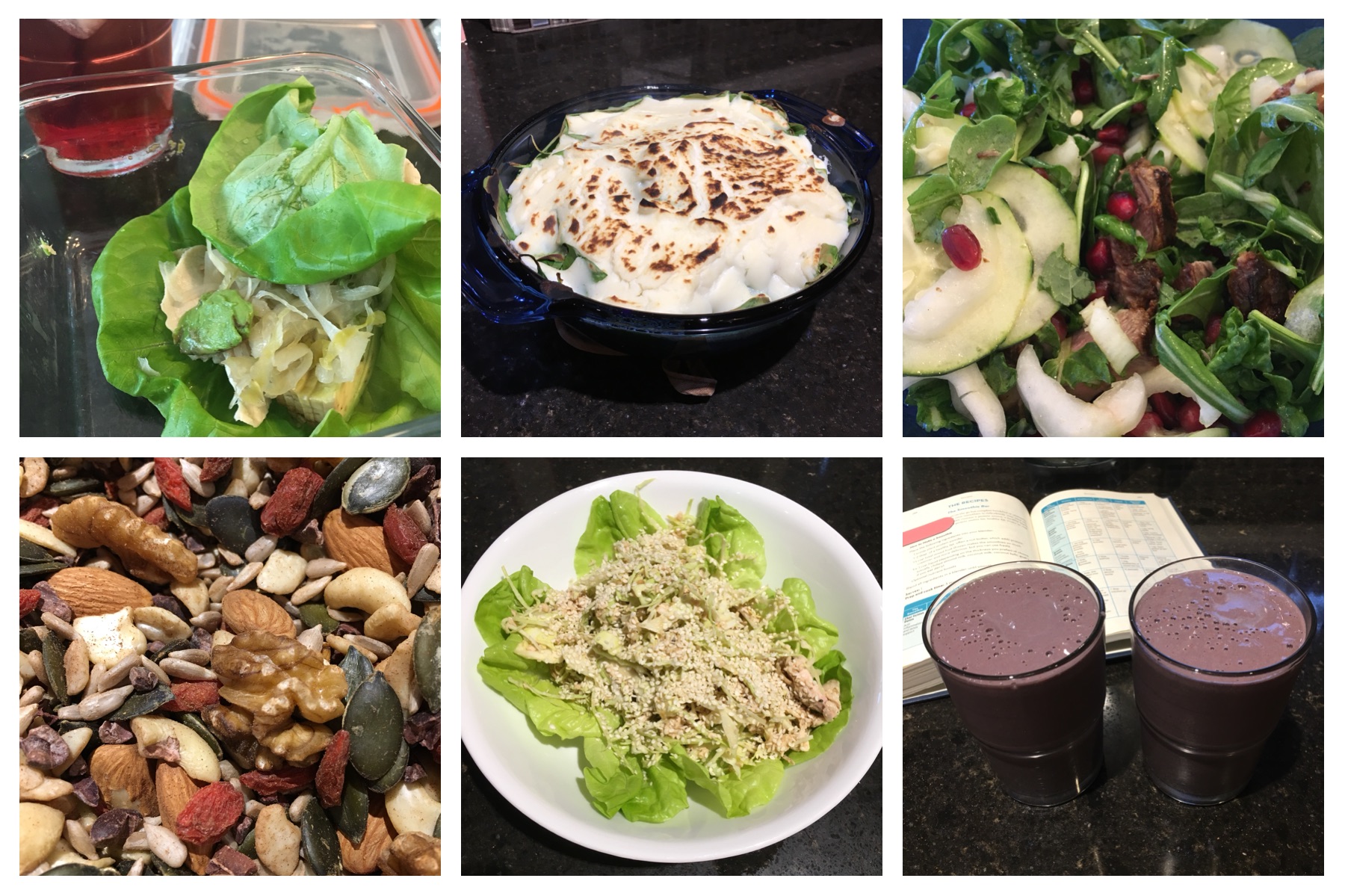 How is it *past* the middle of February already?!?

So, I am writing this on February 17th, but I will (mostly) only update you as far as the 14th (i.e., I won’t tell you how the reintroductions have gone so far… gotta keep you wanting more. Haha!).

In this post, I will be letting you know how the elimination diet has gone thus far. I think I mentioned at the start of the month that I have done elimination diets before, however, I have never systematically reintroduced the eliminated foods. One thing that I remember from previous attempts, and it happened again this time, is how much more energy I have when I follow this (for lack of a better word) diet1. I’ve seen it written in all the books I’ve read, ‘you’ll feel so great that you’ll want to continue eating this way forever… blah blah blah’, and my inner-cynic rolls her eyes BUT I have to admit that it is true! Not only do I have more energy, but I have a more even and consistent energy (i.e., no highs and lows) and it seems to carry over to my mood too. Even on a day when I felt like I had low energy (not unwell, but just not as awesome as I’d been feeling for the rest of the month), instead of grabbing something easy (and likely unhealthy) to eat and crashing on the couch, I was still able to go grocery shopping*, make dinner*, handwash a mountain of dishes*, do laundry, make lunch for the next day*, make snack recipes for the week ahead* (power/energy balls and hippie/trail mix), and walk the dogs (anything with an asterisk beside it is something that I typically do NOT enjoy doing, even at the best of times). As I was going about doing all this stuff I just kept thinking, ‘I can’t believe I am getting all this done when I feel this tired’. It was really bizarre. I can honestly say with 100% certainty that if that had been two months earlier I would have only done the bare minimum of what had to be done that day.

I must also say that I am really enjoying the food that I am making. Not just because it is healthy, but also because it tastes good. One reason that I have not liked cooking is that I’m a complete clutz in the kitchen and, in the past, it just seemed like so much effort for something that wasn’t that enjoyable to eat. These recipes, however, are relatively simple to make AND they taste good. It’s a win-win!

Related to the last point, my husband is also really liking the meals that I’ve been preparing (side note: he has not always enjoyed my cooking, and his honesty about it may have resulted in me going on a prolonged cooking strike a few years ago). So, not only is it nice to get compliments from him on what I’ve made but it’s also making me really happy, knowing that I am feeding him nourishing food that supports his good health too.

I have dined out a couple more times than I thought I would but, you can ask my dining partners, I’ve been very careful to avoid the eliminated foods while eating out. I have had a couple little slips so far this month. One time was taking a sip of a natural drink that my husband had bought and then realizing that it contained some cayenne pepper (peppers are nightshades) and then this morning (February 17th) I took a sip of his coffee before realizing that it had cream (dairy) in it (although, I’m planning to reintroduce dairy tomorrow). I don’t believe either incident was significant enough to ruin the progress I have made in healing my gut.

Happily, I can report, that I did better with cutting out coffee than I thought I would be able to do. When I made this pledge, “I might try to eliminate coffee altogether for the first two weeks, but we’ll see…”, I recall telling myself that I could have a coffee every other day, rather than every day. Very early in the month, I found ground cacao at the grocery store. It brews similarly to coffee and tastes like a weak hot chocolate but this description doesn’t do it justice because it is very enjoyable. Apparently, it still contains some caffeine, but not as much as coffee. It also doesn’t contain any sugar or fat once it has been brewed. I found it worked nicely as a coffee ritual substitute in the morning, although I haven’t found the need to have it every day. I also treated myself to a couple decaf almond milk lattes. Other than the sip that I took of my husband’s coffee this morning, I haven’t had any caffeinated coffee.

I have been keeping a food journal, making notes of how I feel each day, and I will continue to do that as I challenge my system by reintroducing some of the foods that I’ve been avoiding. In all honesty, I must admit that I am a bit nervous about the reintroduction phase. I’ve been feeling so great that I am reluctant to change anything for fear that it will completely derail me if my energy and/or my mood dips. I am, however, looking forward to being systematic about how I reintroduce the foods so that I can (hopefully) figure out what it is that does not sit well in my system.

One final note, I will be giving myself one more planned-exception that I did not remember to include in my original pledge. A neighbour has organized a special dinner in Chinatown to celebrate Chinese New Year. I had told him I was interested in attending before I made my pledge, but forgot to include it because he hadn’t set the date yet so it wasn’t on my calendar. I considered if I should go or not, as I know I will not be able to stick to my diet but I think if I am going to make this a realistic way to live from now on, then I will need to have some flexibility for special occasions such as this. This is why I like Gretchen Rubin’s idea of the planned-exception, because it is not like I am throwing caution to the wind and saying ‘to heck with it’ or ‘cheating’, I am making a conscious, planned, decision to eat outside of my diet for one evening and then I will get right back to it the next day. And, just in case the dinner out does make me feel sluggish the next day, I’m planning to have meals prepped ahead of time for the next day to help make it easier to get back on track. I suspect that if I were to start declining all special events like this, then it will be harder to stick with this diet in the long run.

Well, that pretty much sums up the first two weeks of my February pledge. And here I was worried I wouldn’t have enough to write about since this didn’t include any of the reintroductions.

Have you ever tried an elimination diet? If so, why and how did it go for you?

1 I struggle with using the word “diet”. It makes it sound so faddish or as if I am trying to lose weight. I know (most) people don’t mean to sound critical when they ask, ‘what diet are you on?’, but it always makes me cringe because I am not a fan of fad diets and I hate to think that I’m being judged by others as being on some crazy diet. At present, yes, I am on an elimination diet in order to determine what types of foods, if any, cause my body to react unfavourably. However, once I’ve figured that out, even if it means I don’t eat some foods, it doesn’t mean I am on a diet it will just mean I have a diet of foods that I will and won’t eat, just like anyone else. Whatever my diet turns out to be, it likely won’t fit neatly into preexisting, named diet (like vegetarian or paleo or keto), because it will be unique to me just as anyone’s diet is really, when you consider that most people have things they will/won’t eat (and often because they don’t like the taste, not because it makes them feel bad or is bad for them).